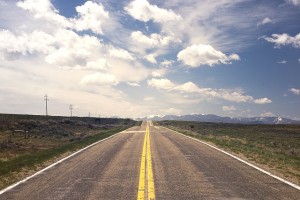 Things are not always what they seem. I remember in the early nineties feeling strongly that the most important attribute we needed to develop as we moved into the next millennium was the power of discernment. Sometimes it can be difficult to discern if a teacher, healer, or leader truly operates from integrity. Do they practice what they preach? Is there a consistency in their teachings or their principles?

As we evolve to expanded levels of awareness, our powers of discernment will be tested. As we move into deeper levels of integrity, places where we might be out of alignment with that integrity become glaringly obvious. Our own discomfort around the dissonance between what we believe, and what we are, is one of the most powerful motivators for change. It is only our own self-honesty that will get us to that place.

I recently experienced a shocking example of incongruity. While driving to an appointment, flipping radio stations, I came upon the infamous radio psychologist. She purports to advocate all that is good, right and true. The lines she draws between what is acceptable and not acceptable are very sharp and clear, often judgmental and dishonoring of certain segments of the population. “Do the right thing is her motto.” I have often thought she must have the word ‘right’ capitalized.

On this particular day, a couple phoned in. They had produced five children, aged one to fourteen years, after which the husband had a vasectomy. He had a brief extramarital affair in the past year. Recently, the wife also had a brief affair, which resulted in a pregnancy. They asked the media psychologist what to do. Terminating the pregnancy was out of the question for all concerned, and the couple had considered giving the child up for adoption.

What was the good doctor’s advice? First, she expressed regret the biological father had been told of the pregnancy. Secondly, she suggested the couple tell everyone that prior to the husband’s vasectomy, some of his sperm had been preserved, and as they had been struggling in the marriage, thought another child might help the situation. So she had artificial insemination with her husband’s sperm.The child would be raised as their own biological child.

You can likely already see several obvious problems with this scenario. Is it fair to lie to a child about his paternity to preserve your image? Is it appropriate to fabricate a huge lie to cover your error in judgment? If a couple was faced with this dilemma, I truly would not judge them, regardless of the decision they made. I would guess they were doing the best they could in their situation. What I have a real problem with is a professional, with millions of listeners, advocating the creation of a bold lie to make it look like everything is above board. That is the old way. What a profound opportunity for an evolutionary leap in consciousness.

This was a Christian family, with strong Christian values. What if they sat down and told their children that Mom and Dad had both made some big mistakes, and hurt each other in the process? They could explain the pregnancy was a consequence of both parents straying from what they know is true and right. The importance of taking responsibility for one’s actions could be emphasized, along with the importance of a human life. They could explain they learned deeply from their mistakes, but now would work together to raise this child in love. The children would likely respect their parents for their honesty, and for taking responsibility for what their actions created. They would admire their father, for accepting this child as his own. They would see that a child is a gift from God, however it arrives. The new addition to the family would not have to live life as his or her parent’s lie.

Discernment requires that we see into the heart of things, honoring the highest truth we can perceive. Sometimes it is incredibly difficult to take such a high road. But those challenging situations are precisely the ones which allow us to take leaps in consciousness, which ultimately contribute to moving the entire species forward. The radio doctor had an amazing opportunity, to influence the consciousness of millions, guiding them to align with truth, and showing the way to authentic, reverent living. Instead, she advocated lying, dishonesty, shame, manipulation, and deception, which, among other things, would leave these people with a lifetime of guilt, to say nothing of the devastation when the child one day learned the truth. This is out of integrity, and irresponsible, especially given the number of listeners tuned in.

The radio doctor missed a golden opportunity to model alignment with truth. How much better it would have been if she had made the choice practice what she teaches. I would challenge her to re-think her advice, and to ‘do the right thing.”

Ask Gwen: Fiance gets so angry

Humans are designed with a built-in instinct to care for their young. When this does not happen, we acknowledge that something has gone wrong....

"It is not the mountain we conquer, but ourselves." ~ Edmund Hillary What is it that you wish/hope/dream for? In the same way that we...