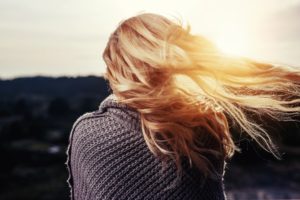 What is infidelity in a relationship? Generally we think that it involves a sexual incident or relationship with someone else. There are those who deny the existence of infidelity by saying “nothing happened”, meaning, I did not have sex with that person.

It may begin innocently enough, over coffee or lunch with a co-worker. It could even be with a complete stranger one has met via the internet. There can still be emotional infidelity, even if the individuals never meet in person. Gradually the bond with the newcomer becomes stronger as the bond with the spouse continues to weaken.

Eventually the spouse begins to sense something has shifted. He or she may begin asking a lot of questions, or even making accusations. The response to this is usually one of anger and denial. This is when the crazy making really begins. The one who knows something is different gets accused of being paranoid, while the other becomes even more secretive in order to protect the outside relationship.

The Secret to Finding Your True Path

“If you are not doing what you love, you are wasting your time.” ~ Billy Joel Are you in a job that you hate? If...

Sometimes it feels like my coping mechanisms are like I am placating a child. When I am stressed out, I tend to reach for the...