“An authoritative study by George Gerbner of the University of Pennsylvania indicated that the average 16-year-old has witnessed 200,000 violent acts on TV., including 33,000 murders.” ~ Robert Scheer 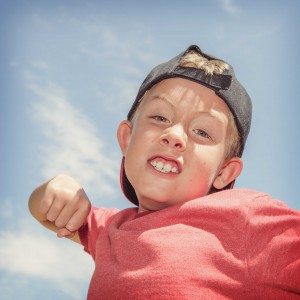 “We played the game by day and lived the game by night.” – an anonymous, incarcerated Oakland, Calif., gang member who says he and his friends used the Grand Theft Auto games as a kind of virtual reality training. His gang has been linked to car thefts and at least seven murders.

Do video games involving killing and violent television programs really affect our children? One only has to look at the incidents of violent crime among our young adults to see the answer. Those who are young adults now are the first generation to be raised with video games.

Perhaps spending the years, let’s say, between eight and eighteen playing games that involve killing people off distorts reality somewhat. One who is considered to be an “enemy” can be dispensed with. Carrying a weapon is considered the natural thing to do.

Clearly, young people imitate what they see on the screen. Young girls wanted to dress like Brittney Spears. Boys spend hours on the driveway shooting at their hockey net emulating their favorite player. It was almost as if the “star” became a blueprint, or template for the developing young person. Unfortunately, impressionable minds do not emulate only what is either good, or, at least, harmless.

Once killing is made into a sport, which it is in video games, morality and the sanctity of life go out the window. So too does this happen when killing becomes incorporated into entertainment, as it does in movies and television.

If a news team happened to film a murder in progress, those images would not be shown to the public, as they would be considered too horrific. We would especially want to spare our children from such scenes. Yet, movies and television are filled with such images, and there is not enough censoring of what children watch.(I have often worked with young clients who suffer from the images they carry in their head from a video they watched while at a sleep over.)

Unfortunately this obsession with violence becomes a vicious circle. Children who are raised being exposed to it grow into adults who support the film industry that continues to produce this genre.

As parents, we are responsible for teaching morality to our children. If we believe that killing is wrong, then we are sending a mixed message if we allow our children to play games and watch movies that glorify it.

The Power of Visualization

Both Sides Are Real

“Anxiety in children is originally nothing other than an expression of the fact they are feeling the loss of the person they love.” ~...